Arturo Castro, so far best known for playing drug dealers on the Netflix drama Narcos and Comedy Central’s Broad City, is out to shake up certain Americans’ ideas of what’s Latinx—one ha-ha at a time. “This concept that Latin Americans are prone to laziness—it makes no sense,” says Castro, a transplant from Guatemala City, Guatemala. “I've never seen a harder-working people than immigrants.” Yes, he agrees society could ditch the trope of a man snoring under a sombrero. Quips Castro, “But I just have something against them because my head is not a good one for hats.”

Starting June 18th, Castro gets to start showing off that sly wit in Comedy Central’s Alternatino with Arturo Castro, a weekly sketch-palooza that’s a bigger-budgeted version of his same-titled web hit. Some would say the timing for such a show is overdue, what with the rise in bigotry against people from south of the border. “The TV version of my show just happened to coincide with really hostile political times for people who look like me,” says Castro. “But I’ve found comedy to be an empathy-building tool. Discovering that you and the person next to you laugh at the same thing is unifying.”

This guy is no product of toxic masculinity. His late father was a psychiatrist back home—as is Castro’s aunt. And sis is a therapist (mom: perfumist). Growing up, “I was a pretty soft kid,” the star confides. “I wasn’t really into sports. But my parents taught me that my vulnerability was my strength. Being empathetic was a good thing, you know?”

Castro says his family “didn’t blink” when he took to performing at age four. That’s when he was plucked to perform in a grand production of A Christmas Carol at his country’s premiere theatre, the outdoor Teatro Nacional. “They needed a few kids to come and ring a little bell, but they made the mistake of putting me in a little Tuxedo.” Beat. “I looked adorable!” At 12, he joined a children’s theater group. By 18—between law school classes and studying acting with a Juilliard-trained coach—he was hosting Conexion, basically his country’s version of MTV’s Total Request Live. “We’d show the top five videos and go to concerts to interview people like Shakira.”

Along the way, his acting teacher kept encouraging Castro to give acting a shot in Manhattan. “She was, like, ‘I think you have what it takes to compete in the big leagues.’" In 2008, he dumped law school for New York’s Acting Conservatory and was quickly cast in We Speak NYC, a drama about immigrants in the Big Apple (produced by the city’s immigrant affairs division!). After notching lots of short films, in 2015 he got a bit part on The Good Wife as a dishwasher named Juan . . . the same year, as it happens, that he launched Alternatino. The next year, a bigger break: The role of soldier Mango in Ang Lee’s Iraq war story Billy Lynn’s Long Halftime Walk with Vin Diesel, Chris Tucker and Kristen Ritter. Lee “was such a philosophical and kind director, man,” says Castro. “Making that movie was like a four-month acting lesson with one of the greats.” 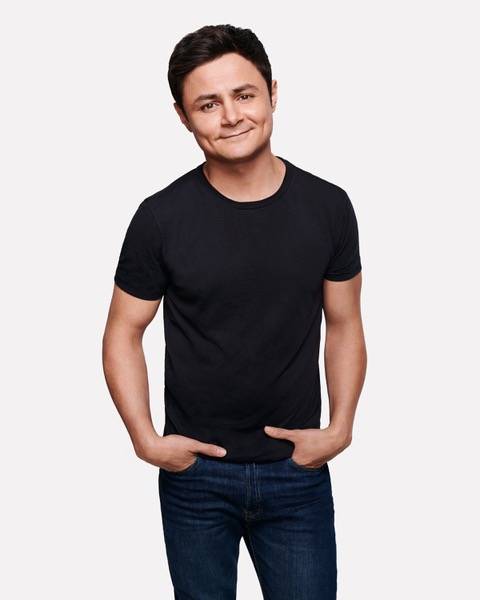 Now, with a TV show boasting his name, does he have any mantras to ease his busy actor-brain? “Yes. Jimmy Smits, Jimmy Smits! Lou Diamond Philips, Lou Diamond Philips!” Poking holes in the ol’ Latin Lover chestnut should also be cathartic. “It's a lot to live up to. I’m not at all suave or romantic.”

Even so, Castro made the cut for the upcoming Disney+ remake of Lady and Tramp, a partial live-action version of the beloved story about two pooches in love. Disregard any reports that he’s playing one of the owners of the Italian restaurant where the dogs rendezvous. “You know that spaghetti scene, where they eat and touch noses? I'm playing the spaghetti.”

Endearingly eccentric English teacher John Keating (Oscar nominee Robin Williams) and his close-knit prep-school students (Ethan Hawke, Josh Charles) are shocked by a suicide in director Peter Weir’s atmospheric, devastating ‘50s-set drama. Williams, who died by suicide himself in 2014, remains “such a huge inspiration” to Castro. “He showed me that actors can blend from comedy to drama.” 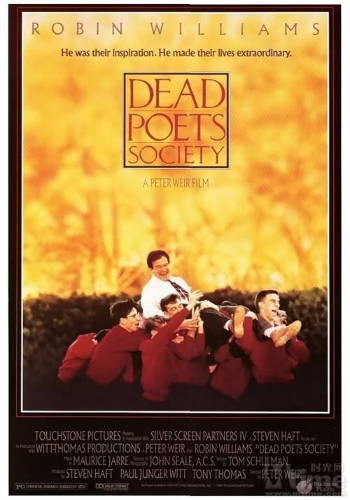 Terrorists grab some hostages high-up in a Manhattan skyscraper, and apparently NYPD toughie John McClane is the one to save ‘em (his estranged wife and kids are among the victims). “It's a nearly perfect movie,” says Castro. “It just has all the elements—love, drama, loss, action, redemption.” 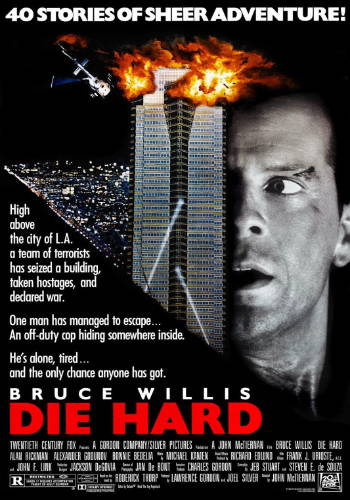 Marlon Brando as crime boss Don Vito Corleone, and Al Pacino as his prodigal son, make for “such an epic tale.” Even this classic flick’s looks are killer. “I like the beauty of the movie. And The Godfather Part II is great too.” 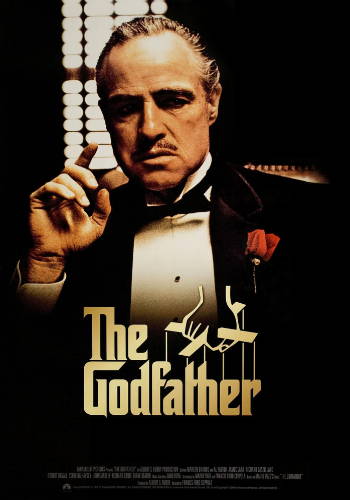 Call this one a male Carrie? In this strangely captivating film, some high school bullies find out the hard way that their shy, sweet albino classmate has wild superpowers. “This movie had me balling,” says Castro. “Here’s this really misunderstood person who, even in the face of pain and prejudice, wanted to help and be kind to people.” 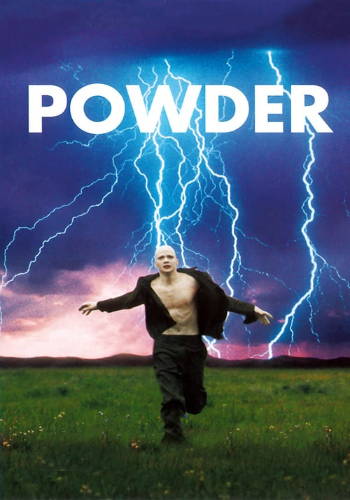 Castro still cracks up singing the theme song to director Mel Brooks’ wacky spoof of the Robin Hood legend. “’We're men! We're men in tights!’ Haaa!” Seeing the trailer as a kid, “I was like, ‘Wow, that’s such a big musical number!" The irreverent plot: “Heroic" thief Robin (Cary Elwes, six years after The Princess Bride) and his merry fellow bandits (including Dave Chappelle in his film debut) go up against the nasty Sheriff of Rottingham—along the way meeting Maid Marian, resplendent in an Everlast chastity belt. “Haa! love Mel Brooks!” Fun fact: Brooks previously spoofed the Hood tale in ABC’s fast-fizzling hit When Things Were Rotten (1975)—which also had a fun theme. 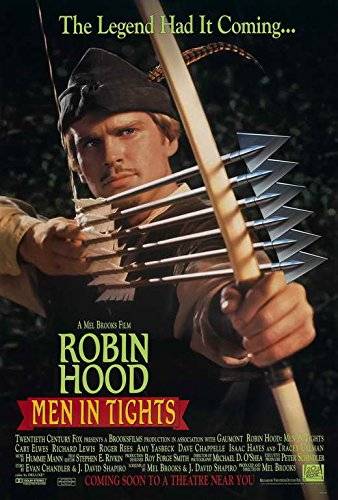 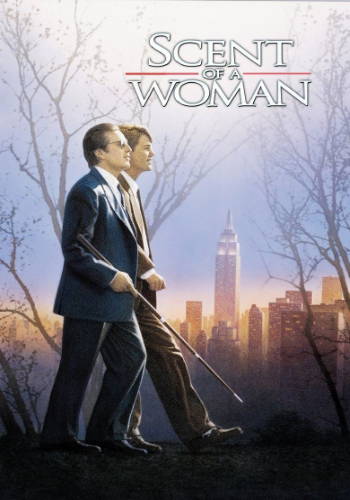 “The Notebook, man, changed me.” Ryan Gosling and Rachel McAdams became full-fledged stars thanks to this tearjerker of a love story. With so many forces working against them, can lowly lumbermill slog Noah and rich girl Allie find happiness? Castro finds the eternal hit, based on Nicholas Sparks’ novel, "so romantic!” 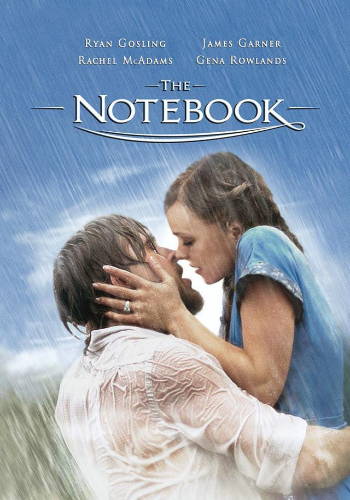 Another tear-fest. Waitress Caroline (Marisa Tomei) falls for shy and sweet busboy Adam (Christian Slater), who, it turns out, has a heart defect. Suffice it to say, theirs is a doomed love. “That movie made me cry for hours,” says Castro with a healing titter. “I was like, Nooooo!” 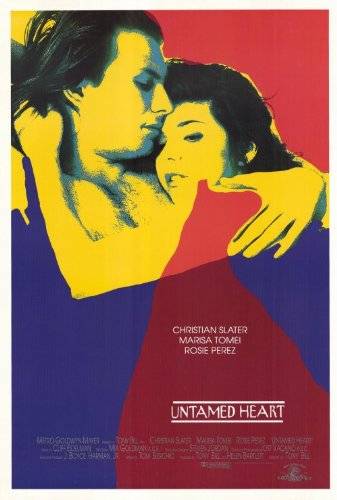