ESPN’s Keith Law is perhaps best known for his baseball writing, including his bestselling 2018 book, Smart Baseball, but America’s pastime isn’t Keith’s only passion. On his blog The Dish, he writes about all of his other interests including board games, literature, food, and yes, movies. When I asked Keith to give us a list of movie suggestions, he knew almost immediately the topic he wanted to cover, one of his favorite film genres: Film Noir.

“I’ve loved noir novels and films for ages now, probably since I became an obsessive reader of fiction about twenty years ago and found myself devouring noir novels, especially detective ones, which led me to movies based on those novels, which led me to other movies in the genre. There’s something about the clipped dialogue, the dry wit, and the inherent suspense in these works that speaks to me like most other fiction can’t. Maybe I just wish I was Sam Spade or Philip Marlowe.”

Although it was tough to narrow it down, Keith managed to do it, giving us six classic noir films that he loves, in addition to two neo-noir films he thinks more people should see. This is a great jumping off point into the world of noir, and the best part is, once you’re hooked, there are dozens more noir films awaiting you! 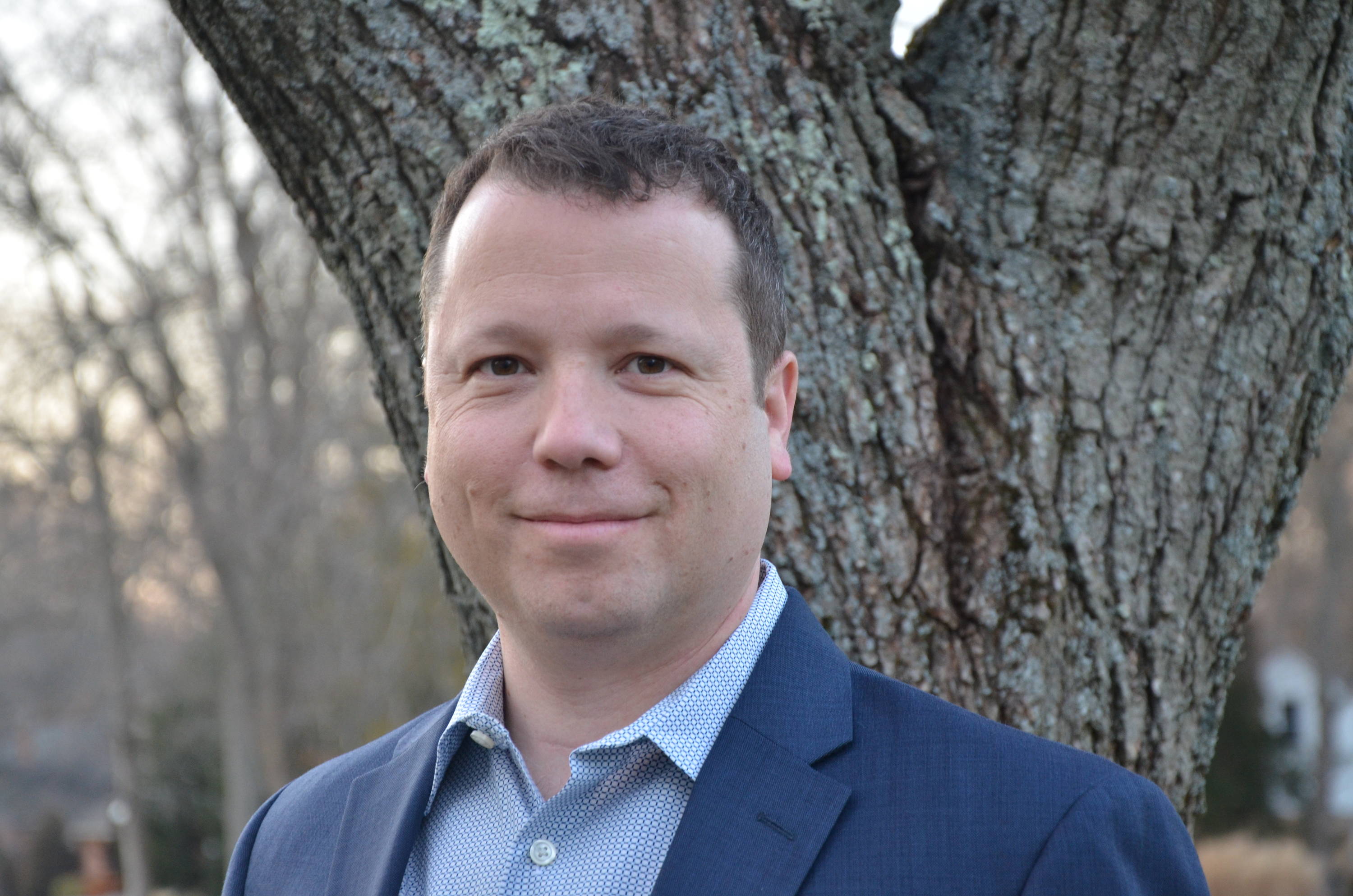 This remains untouched on my personal list of the best noir films, and it’s no surprise given its pedigree: It’s based on a novella by James Cain (who also wrote The Postman Always Rings Twice), was adapted for the screen by Raymond Chandler and Billy Wilder, and directed by Wilder as well. Plus you get to see Fred MacMurray, whom most people know as the all-American dad on My Three Sons, playing the villain, and absolutely inhabiting the part. 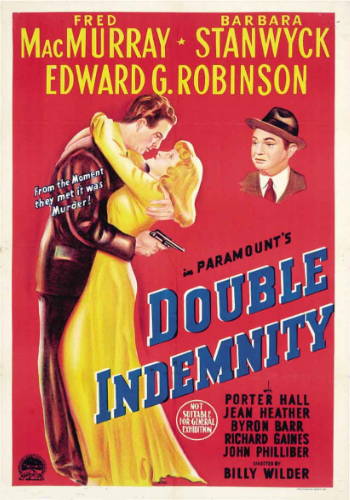 You can’t discuss film noir without covering its connection to hard-boiled detective fiction, and you can’t discuss hard-boiled detective fiction without discussing two authors, the aforementioned Chandler (put a pin in that name) and Dashiell Hammett, who created the iconic Sam Spade, the Continental Op, and Nick and Nora across a bibliography of six slim novels and fifty-odd short stories. I prefer Red Harvest among his novels, but the Falcon got the best film treatment, with Humphrey Bogart as Spade, Sydney Greenstreet (who would later become the voice of fictional detective Nero Wolfe) making his film debut, and John Huston in his debut as a director. 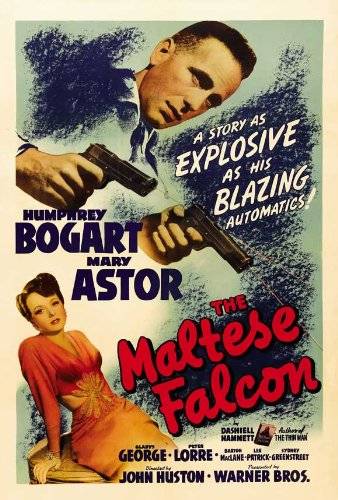 Why don’t we think of Hitchcock films when we think of noir? So much of what comes to mind when you mention Hitchcock’s name to people who’ve seen a few of his movies is that same feeling of existential dread and darkness that characterizes film noir – and he, like many prominent noir directors, was also influenced by the German Expressionist school. I’d say at least a half-dozen of his films qualify clearly as noir titles, including Shadow of a Doubt, The Lady Vanishes, and Notorious, but none tops this tale of a man caught in a devil’s bargain, based on a novel by Patricia Highsmith. 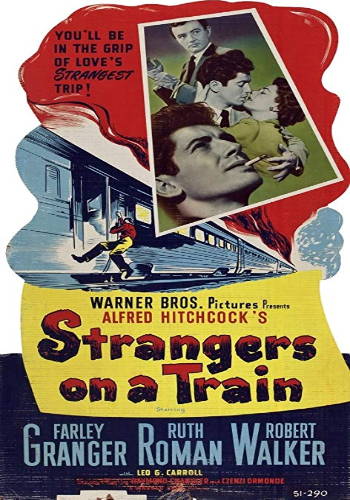 Chandler wrote the novel behind The Big Sleep, featuring his own iconic detective character Philip Marlowe, and the screenplay was co-written by two-time Pulitzer Prize winner William Faulkner. It also marked the second on-screen collaboration of real-life couple Humphrey Bogart, playing Marlowe, and Lauren Bacall, playing the femme fatale Vivian Rutledge. The film version botches the novel’s darker ending, since of course Bogey and Bacall have to get together at the end of the story, but the execution of the remainder is immaculate – and all the more fascinating because the movie was not well received at the time of its release. 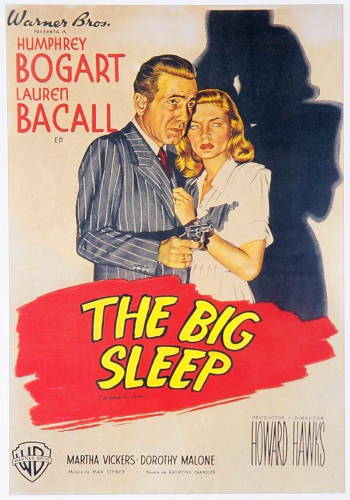 Few movies can boast that they’ve given us an iconic line – “I am big. It’s the pictures that got small!”– and an iconic image, that of the narrator and main character’s body floating face-down in a swimming pool to open the film. William Holden, just a few years away from an Oscar win for Stalag 17, plays a struggling screenwriter who encounters the aging actress Norma Desmond, played by Gloria Swanson, who can’t accept that her fifteen minutes of fame are long over. 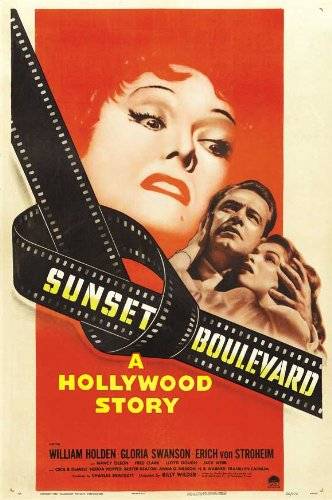 So this is where I confess that the movie many people think is the greatest noir film ever, Touch of Evil, just doesn’t do it for me. Orson Welles’ directorial style feels too heavy-handed for the noir genre, which works best when it’s sparse and taut, which applies to The Third Man, a film based on a treatment by Graham Greene, directed by Carol Reed, and featuring an appearance by Welles. Joseph Cotten, who starred in three of Welles’ other films, plays the lead here, as a man who arrives in Vienna to find the friend who brought him there, Harry Lime, has died in a suspicious accident and decides to investigate. 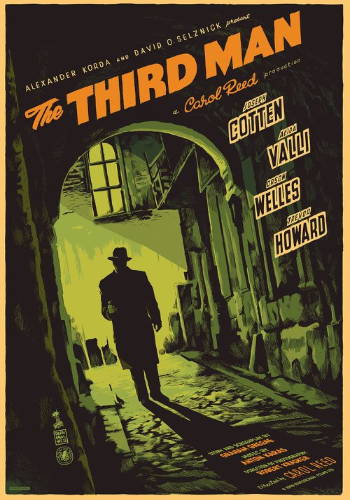 David Mamet’s dialogue isn’t for everyone; some people feel about his writing the way I feel about Wes Anderson’s, whose twee-talking characters make my soul try to escape from my body by squeezing its way out through my nostrils. Mamet’s fast-talking style, on the other hand, totally speaks to me, even when it’s a little stilted, because the rhythm is so captivating, and here he puts it to ideal use because every character in this modern story of a classic big con has something to hide and is able to do so because the way they all speak is so disconnected from their personas. You’ll also get Steve Martin in one of his first dramatic roles. 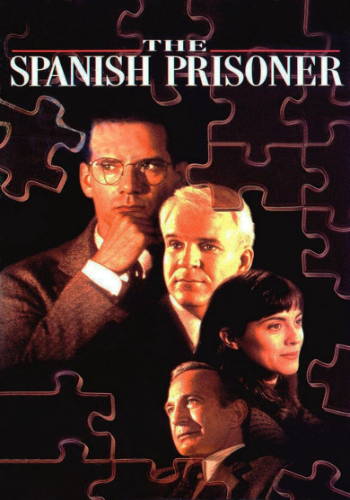 Rian Johnson wrote and directed this neo-noir gem, which stars Joseph Gordon-Levitt as a high school student who ends up trying to solve a murder while navigating the cliques of his school – but Johnson stylized all of the characters and dialogue to mimic those of classic hard-boiled detective noir films. Gordon-Levitt manages to make a teenaged Philip Marlowe seem credible, while you’ll have a hard time seeing Lukas Haas as anyone other than The Pin after watching this. 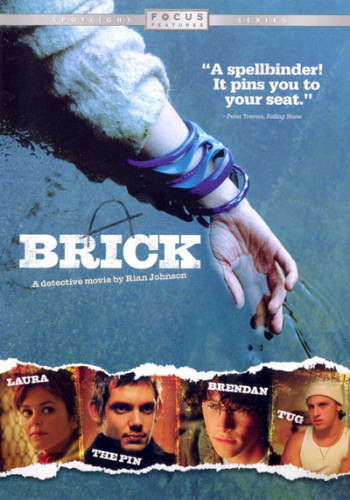