Hmm: A stubble-jawed actor who lives in LA’s storied section of Silver Lake, makes shorts with friends and obsesses over cinematic classics by auteurs like Hitchcock and Kurosawa? Talk about showbiz tropes! Yet Vinny Chhibber—catch him as Noah Wyle’s colleague in CBS’s Ava DuVernay-produced miniseries The Red Line (starting April 28)—has lots of surprises up his natty sleeve. The son of Indian immigrants (dad’s a doctor, mom a homemaker turned entrepreneur), he was born in Queens, New York, then towed at two to Point Pleasant, West Virginia, a town of just over 4,000 people—most of them white. Did he feel awkward in the land of country roads and apple pie (and where, um, the horror tale The Mothman Prophecies was set)? "Oh, a little bit," he says with a wry laugh.

“Point Pleasant has the kindest people you’ll meet, and it’s just beautiful with mountain streams and wildlife, but I was just different in so many ways,” says Chhibber. Case in point: "High school was all about sports and homecoming for most everyone, but I loved Dr. Who, The Sound of Music and Bollywood.” Still, he was able to help put together a high school production of Grease—and play Danny Zuko—before he skedaddled to earn a business degree at Atlanta’s Emory College. In New York, he studied acting at the Stella Adler Conservatory (under the tutelage of Alfred Molina and Frank Langella) before finagling movie and TV auditions in L.A. Finally, in 2007, he landed a guest part as “Meathead #2” on the Zachary Levi spy spoof Chuck. "It was just three lines, but I remember, Oh, man, my dream is meeting reality!”

Alas, diversity and inclusion weren’t keywords back then (while “Terrorist #2” may have been). So the roles (on Brothers and Sisters, Rules of Engagement, etc.) were far and few between. “I got a little frustrated and disheartened. I was, like, Is there a place for me?” He shook it off. “I looked at everyone from Charlie Chaplin—who wrote and/or directed, produced and starred in almost every film he ever did—to Orson Welles to Clooney to Ed Burns. I started writing my own scenes (for his reel). That was empowering.” He also co-founded a movie company, Chhibber Mann Productions (they produced the 2017 comedy Folk Hero & Funny Guy with Melanie Lynskey and Wyatt Russell) and also a theatre group, Ammunition.

He’s most proud of Lost In America, a powerful documentary coming this fall that he exec-produced about the tragic lives of America’s homeless youth (Halle Berry, Tiffany Haddish, Rosario Dawson, Jon Bon Jovi and other famous advocates appear). Rues Chhibber: “It shows, in part, that many of these kids have been abused and rejected by the very people that are supposed to take care of them.” 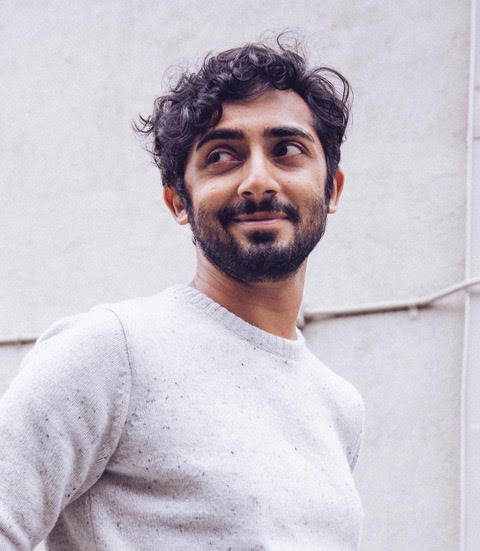 Chhibber’s penchant for disruption may have helped inspire Selma director DuVernay and uberproducer Greg Berlanti (Riverdale,Love Simon) to cast him in The Red Line, a hard-hitting drama about a gay high school teacher (Wyle) whose world changes when his black doctor-husband is accidentally killed by a white cop. Chhibber plays Liam, a gay Muslim who comforts Wyle. The show’s not preachy, he says. “It just shows how hope and love and trust and pain are felt by anyone who's human." On the flip side, he’s got a juicy role on the new season of TNT’s Animal Kingdom (May 28), playing an entitled billionaire who crosses paths with quasi-mob boss Ellen Barkin. Later this year: He plays a guy caught up in Scarlett Johansson and Adam Driver’s nasty divorce in the latest (untitled) bittersweet comedy from director Noah Baumbach.

Chhibber’s list for Caavo? He’s a big cineaste, remember. Here are some of the iconic films he flags as must-sees:

Broadway star Margo Channing (Bette Davis) is unnerved by a gooey-sweet—but secretly devious—younger actress named Eve (Anne Baxter) who worms her way into her group—and onto that marquee. “The relationship between Bette Davis and Anne Baxter is almost Machiavellian,” says Chhibber. “And Bette just kills it” in this Academy Award champ. 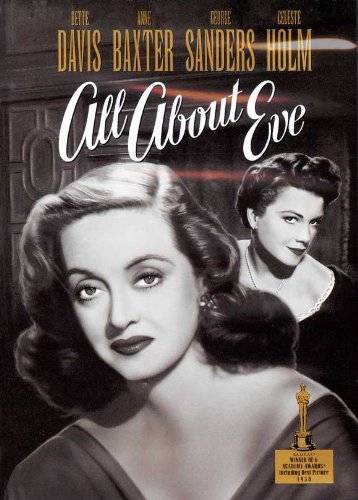 “I think Audrey Hepburn is quite possibly the most charming person to ever hit the screen,” gushes Chhibber of this glossy screen version of Truman Capote’s novella, all about the escapades of Holly Golightly, a backwoods girl turned stylish NYC gold digger named. “The plot is three levels deep.” And, oh, that party scene! (Feel free to wince, though, at a certain unfortunate Mickey Rooney cameo.) 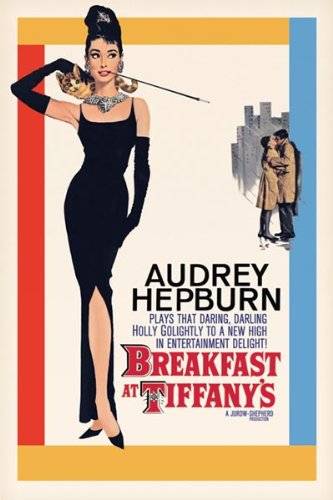 American-abroad Rick (Humphrey Bogart) and married Ilsa (Ingrid Bergman) fall for each other while helping to bring down the Nazis during World War II in this big daddy of ill-fated movie romances. Fun fact from Chhibber: “People didn’t expect it to be a hit. During filming, the actors didn't even know how the story was going to end and were like, ‘What is going on?’" Even so, the film “does a great job of world-building and developing the characters. And every time I hear that theme song (‘As Time Goes By’), it’s heart-wrenching.” 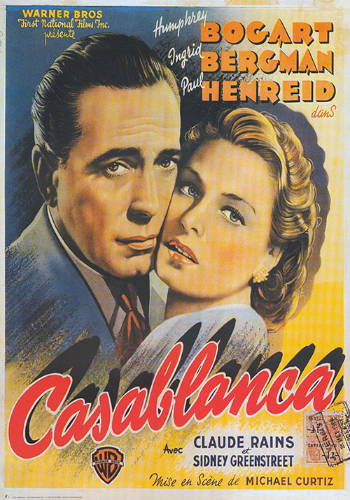 Scrappy reporters, dastardly politicians and a man wrongly accused of murder all figure into this famously rapid-fire comedy (directed by Howard Hawks and based on the play The Front Page). Starting point: Newspaper editor Walter (Cary Grant) can’t believe his beloved ex, ace newshound Hildy (Rosalind Russell), is about to marry a total bore. In a plot to get her back, he gets her to cover the scoop of a lifetime. Chhibber’s description of the screwball dialog: “Mamet and Sorkin before Mamet and Sorkin.” 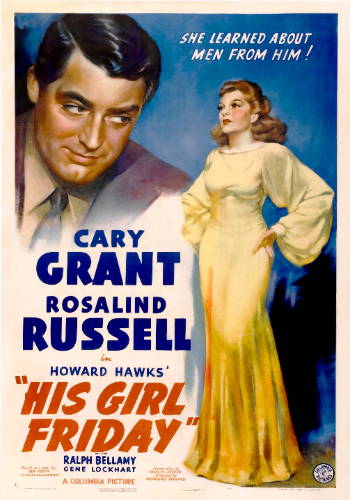 We’ll let Chhibber describe this bittersweet comical drama, one of Italian film maestro Federico Fellini’s lesser-discussed gems. “It's about these young guy friends who are stuck in this village, and you wonder what’s keeping them there. That seems like a loose plot, but when you walk away from it, Oh man.” Thoughtful pause. "The thing with Fellini is that his movies make you feel like you're in a waking dream. Every piece of it has magic in it. I don't know how he did it.” 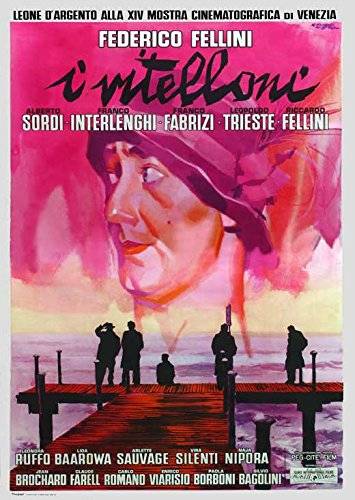 If you enjoyed Ryan Gosling’s hit Drive, Chhibber says, you’ll love this noirish thriller from French writer-director Jean-Pierre Melville (who’s beloved by the likes of Quentin Tarantino and Michael Mann). The story follows a dashing, philosophical hit man (Alain Delon) who’s suddenly in over his head. Like Drive, it’s “soooo cool and tense. I have watched it many a time.” 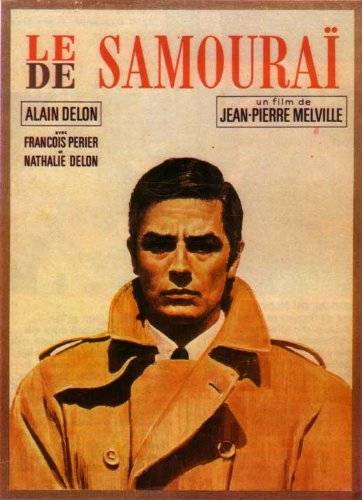 Director Alfred Hitchcock at his creepiest! Two snooty (and, it’s inferred, gay) Harvard students kill a classmate in a weird game, stuffing the body in a chest just ahead of a swanky soiree. One guest, the men’s former prep school housemaster (James Stewart), starts to smell a rat. “Hitchcock is a master of characters hiding awful things from others, right under their nose,” says Chhibber. Another fun fact from the actor: “The story comes close to playing out in real time.” 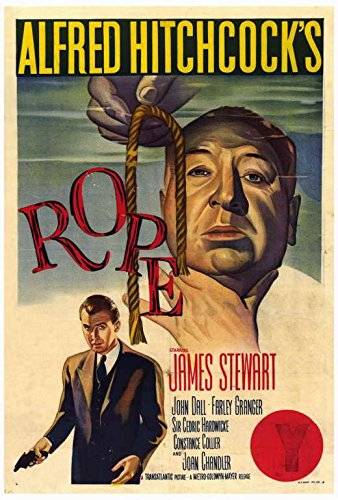 Robert Redford and Paul Newman’s fun pairing in 1969’s outlaw flick Butch Cassidy and the Sundance Kid gets more attention today, but the charismatic stars’ reteaming in this period caper flick lead to box-office glory in its day—and seven Oscars, including Best Picture. "It’s my favorite heist movie,” Chhibber says of the Depression Era tale, all about two con artists out to swindle a mob boss (Jaws’ Robert Shaw) via an intricate scam. “I love Ocean's 11, but here, I could see the sting actually happening. The setup is smart, the payoff great.” 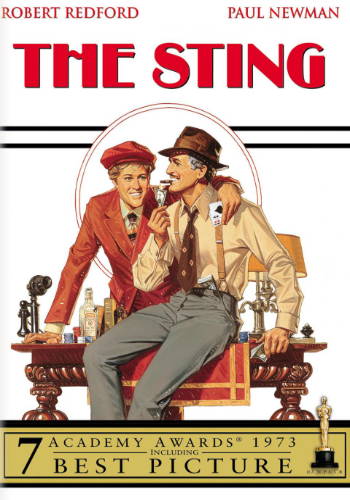